Aukio Brings the Finnish Nature to the Airport 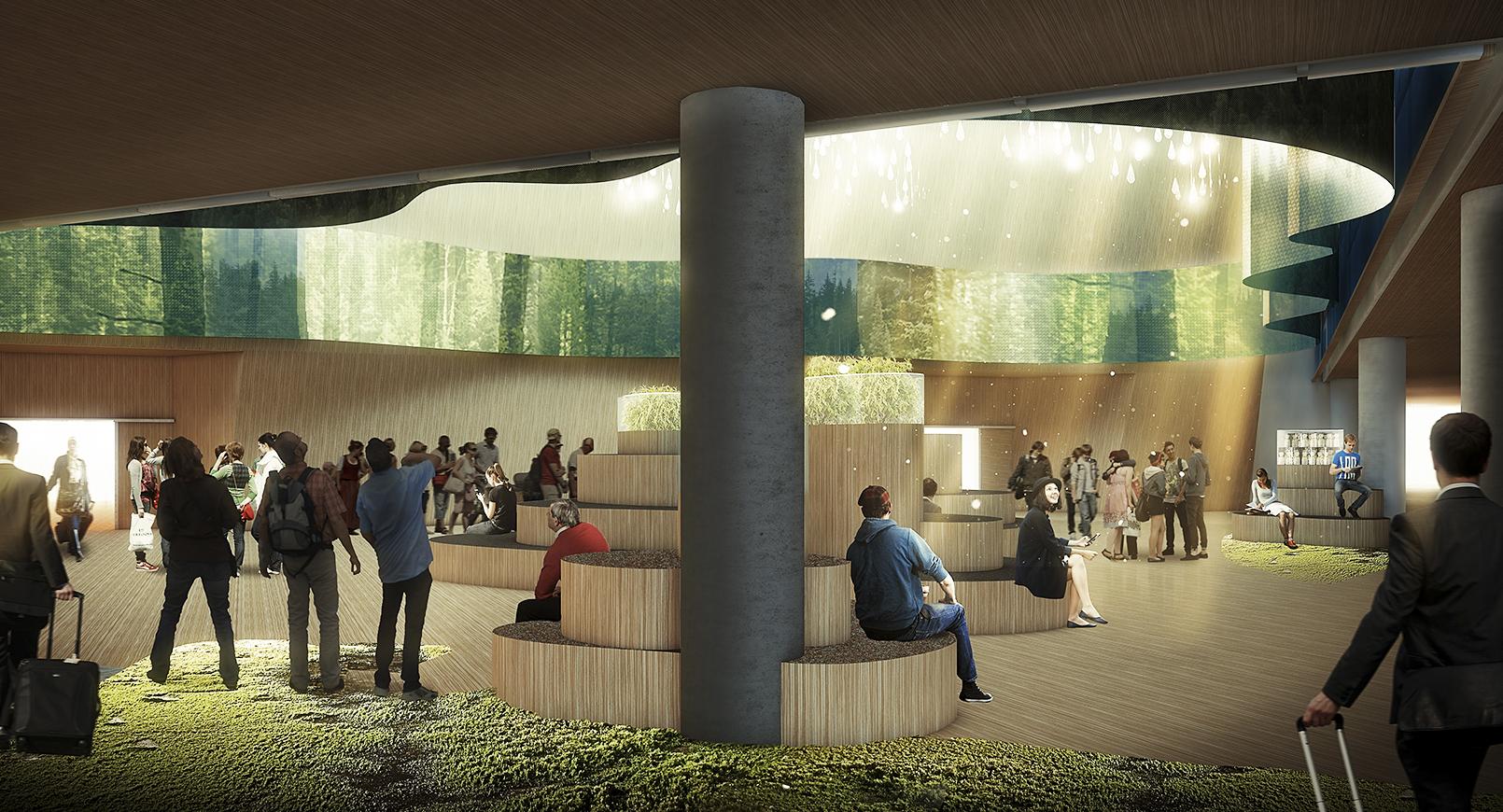 Rune & Berg took part in an invited competition together with Architects Davidsson Tarkela in 2017. The objective was to create a new concept for the traveller experience in Helsinki Airport, examine improvements in user paths and come up with ideas for the hall and corridor areas in the the extensions of the Non-Schenge Zone.

The slogan of the concept was When a Piece of Wild Turns into Peace of Mind. The core idea was to offer a memorable moment in the Finnish forest, including the travellers who don’t get to experience Finland outside the airport.

Finnish forest was approached from a sensory point of view. Forest and its silence was a source of inspiration and creativity to Finland’s national composer, Sibelius. Inspired by the artist’s human-nature relationship it was decided the theme for the service path would be built around Finnish nature and the sensory experiences it brings about. 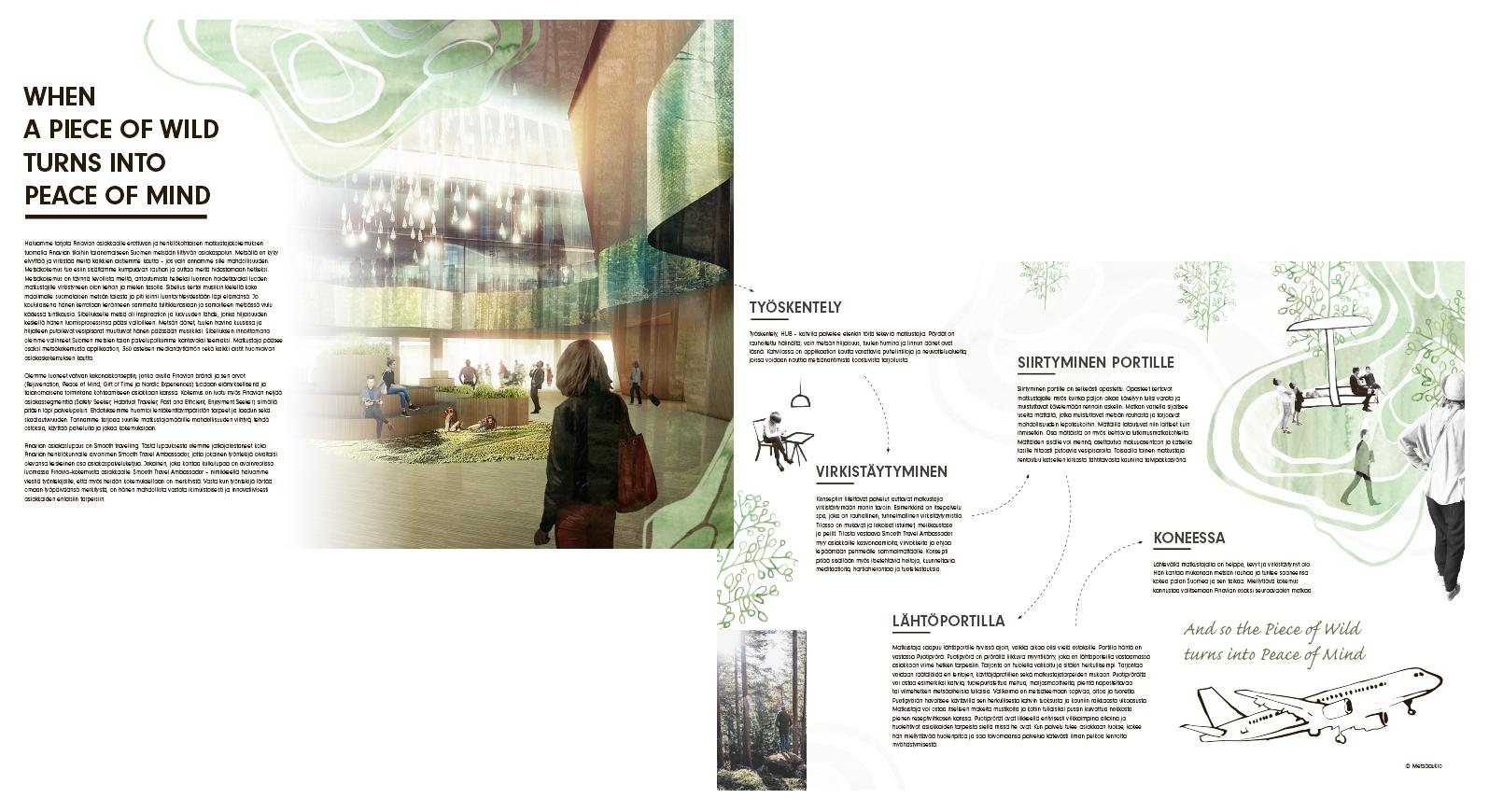 The competition entry included a strong overall concept through which Finavia’s brand and values are communicated to the client in the form of a memorable experience. The concept was designed to serve the four customer segments of Finavia (Safety Seeker, Habitual Traveller, Fast and Efficient, Enjoyment Seeker).

The concrete element of the experience is a central plaza – Aukio (Finnish for “glade in the forest”) – which takes the traveller along to the Finnish nature and its magic. The departing travellers will feel light and refreshed. The experience encourages to include  and use the services of Finavia in the future travels too. 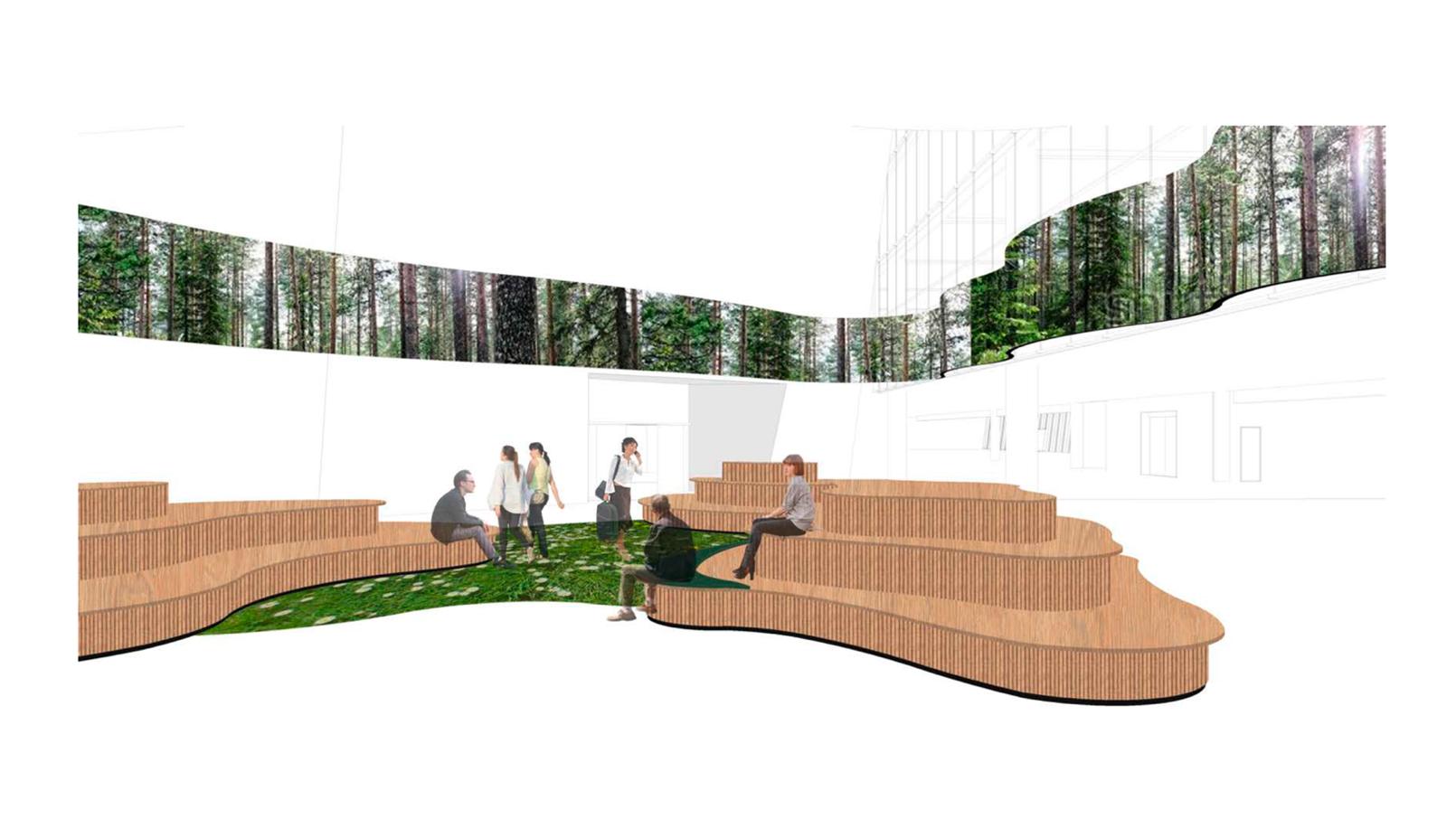 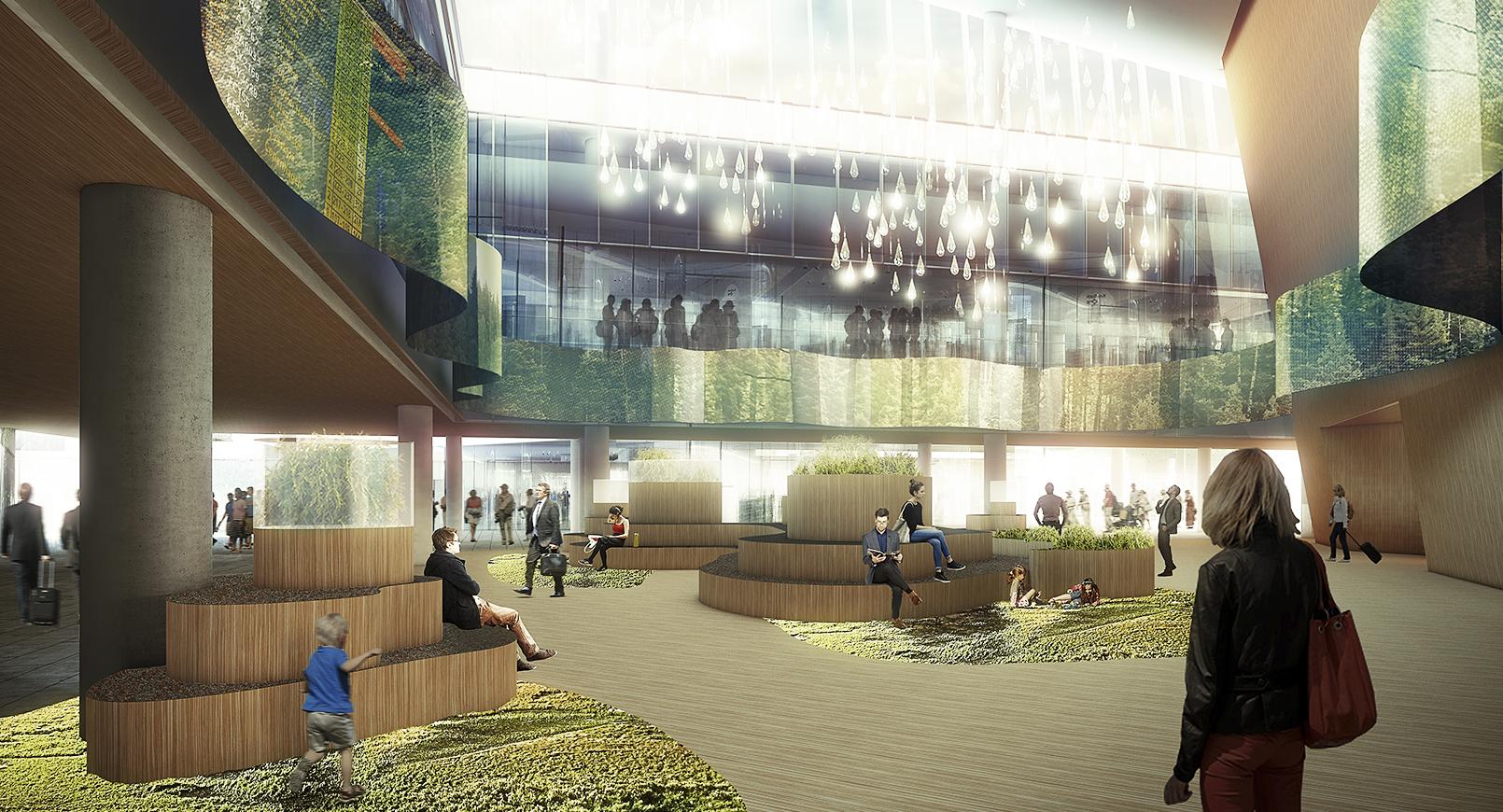 Finavia personnel was also included in the competition concept. Finavia’s customer promise is ”For Smooth Travelling”, which was used to give the staff the title of Smooth Travel Ambassadors. The title was to point out the employees’ role in the customer service chain and in the customer experience. Simultaneously it was to emphasize the importance of their own experience and the meaningfullness of their job, for only after these it would be possible to fulfill the customers’ needs in a memorable and innovative manner. 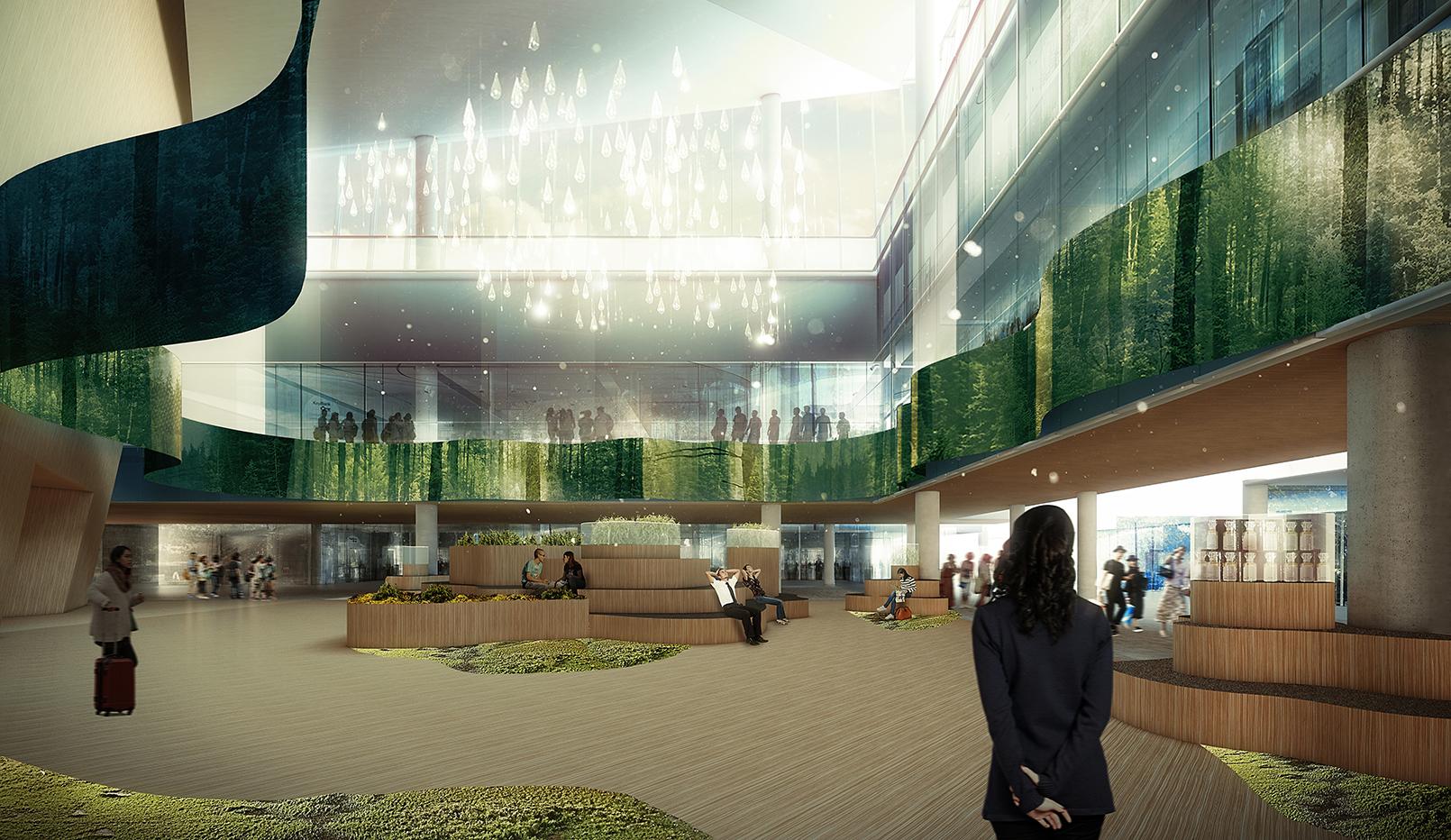 Final Outcome: The New Heart of the Airport Is a Unique Entity Both Conceptually and Visually

The extension of Helsinki Airport was opened to the public in January 2019. The 360° media screen allows the traveller to be a part of a forest landscape by taking into account all their senses. The plaza was designed by Rune & Berg on the basis of a concept by Architects Davidsson Tarkela.

Long-distance travellers now step into a holistic nature experience straight from the security control. The triangle shaped plaza is surrounded with a panorama-like screen from which travellers can marvel, among other things, blazing northers lights, swaying trees and changing seasons. The landscapes created by close to 500 screens are supplemented with furniture shaped after natural terrains and a soundscape designed specifically for the space.

The plaza was shortlisted for the Kehäkukka architecture award. The prize is awarded by the City of Vantaa for an innovative, high quality architectural site or act.

Aukio was designed in collaboration with PES Architects, the office behind the whole Helsinki Airport extension. 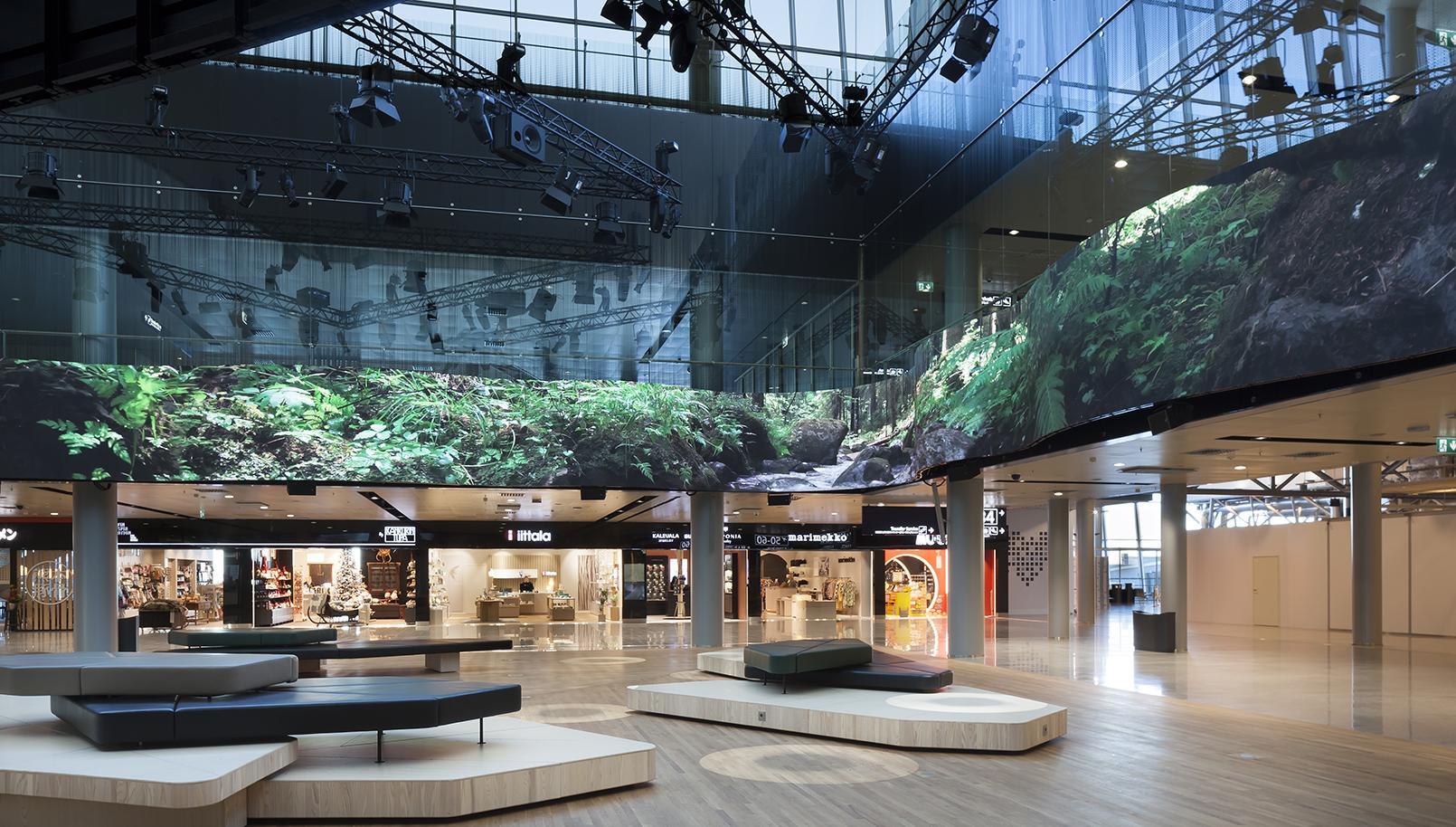 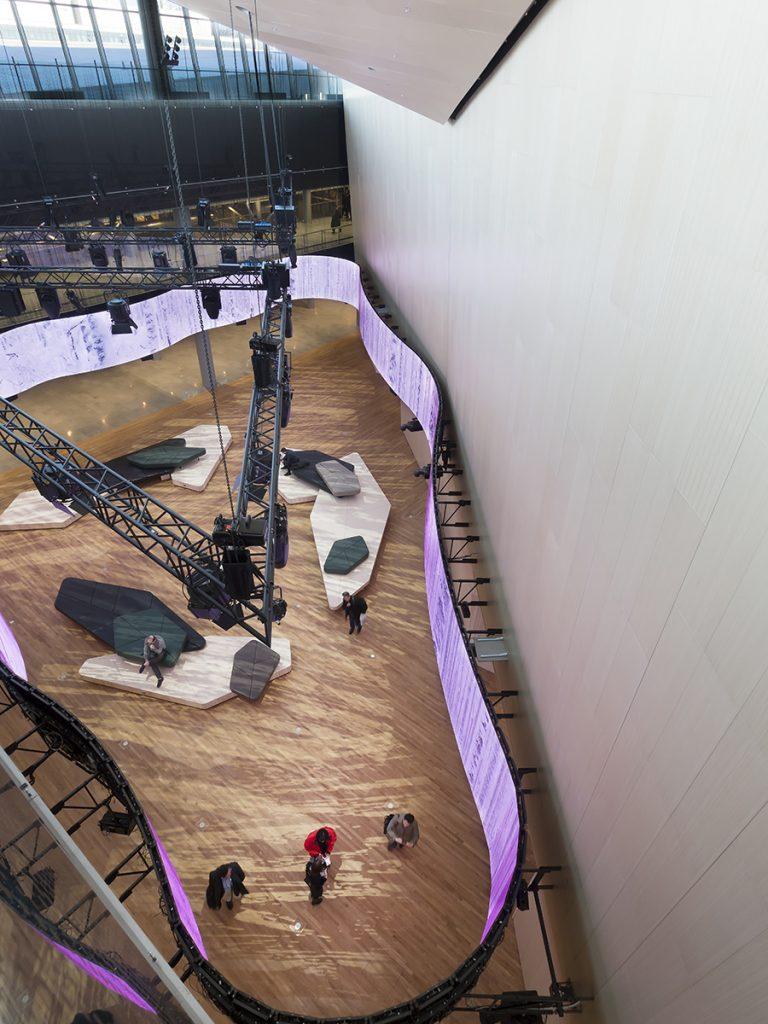