The most elegant shopping precinct in Helsinki

Comfortable, deep, light and dark, soft and green – the renovated and more harmonious first floor of shopping centre Kämp Galleria is all of these. Timeless elegance is visible even from the street. The space exudes subdued charm with its dark surfaces, interesting structures and handsome pendant luminaires. The lush plants lighten up the atmosphere, and the clear wayfinding system guides the customer to the right place. 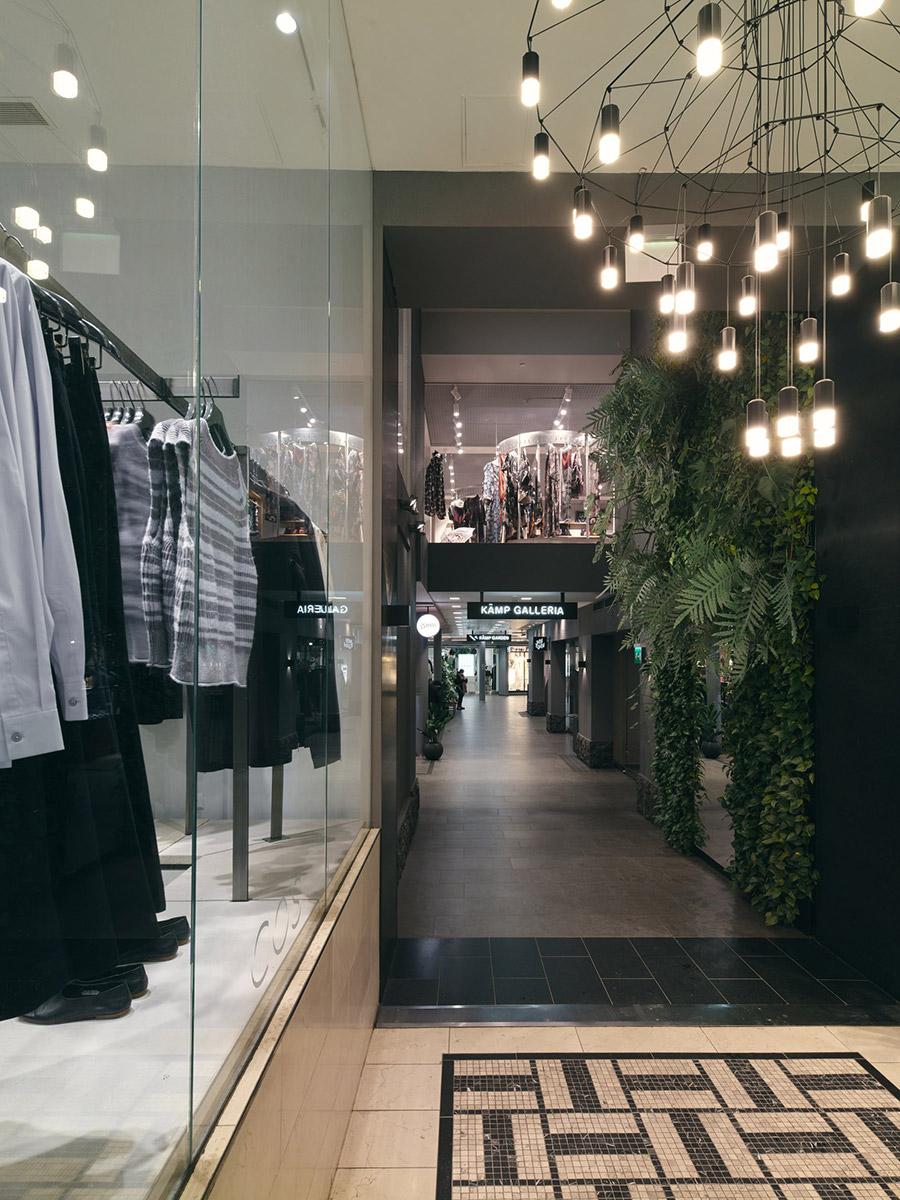 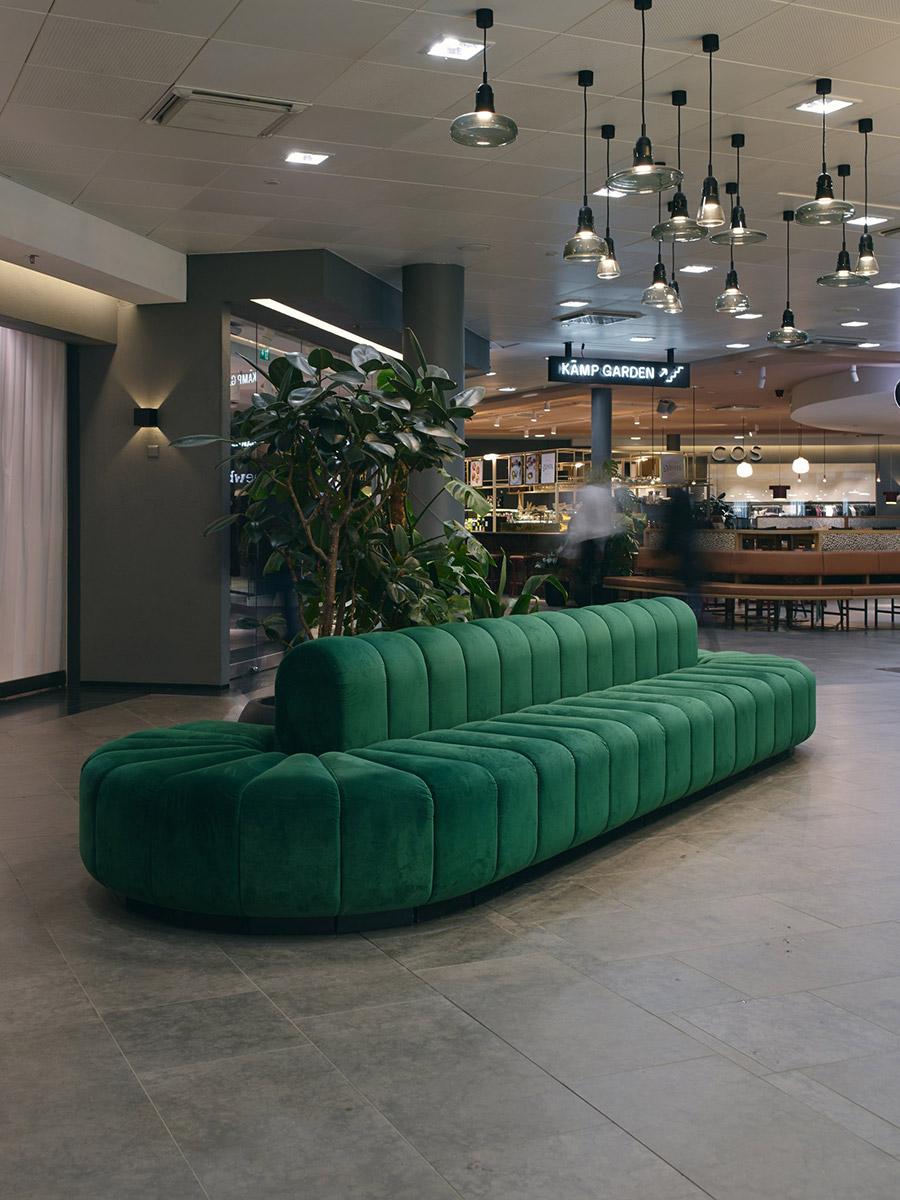 Kämp Galleria first opened its doors in central Helsinki in 1999, and it was originally named after the famous high-end Hotel Kämp, which operates in the same city block. In 2018, Kämp returned to its roots and changed its name from Galleria Esplanad back to Kämp Galleria. The Antilooppi city block was being renovated at the same time, which served as an excellent opportunity to develop the spatial and customer experience of Kämp Galleria, as well. The project aims were specified in cooperation with the shopping centre director, advertising agency and the lessor’s representatives from Ilmarinen; Kämp Galleria was to become the most elegant fashion shopping centre in Helsinki, with a more harmonious and easy-to-understand layout. “We wanted to harmonise the customer experience of the shopping centre and make it more attractive to customers arriving from four directions,” says Aino Keto, Interior Architect.

Design drivers of the project: 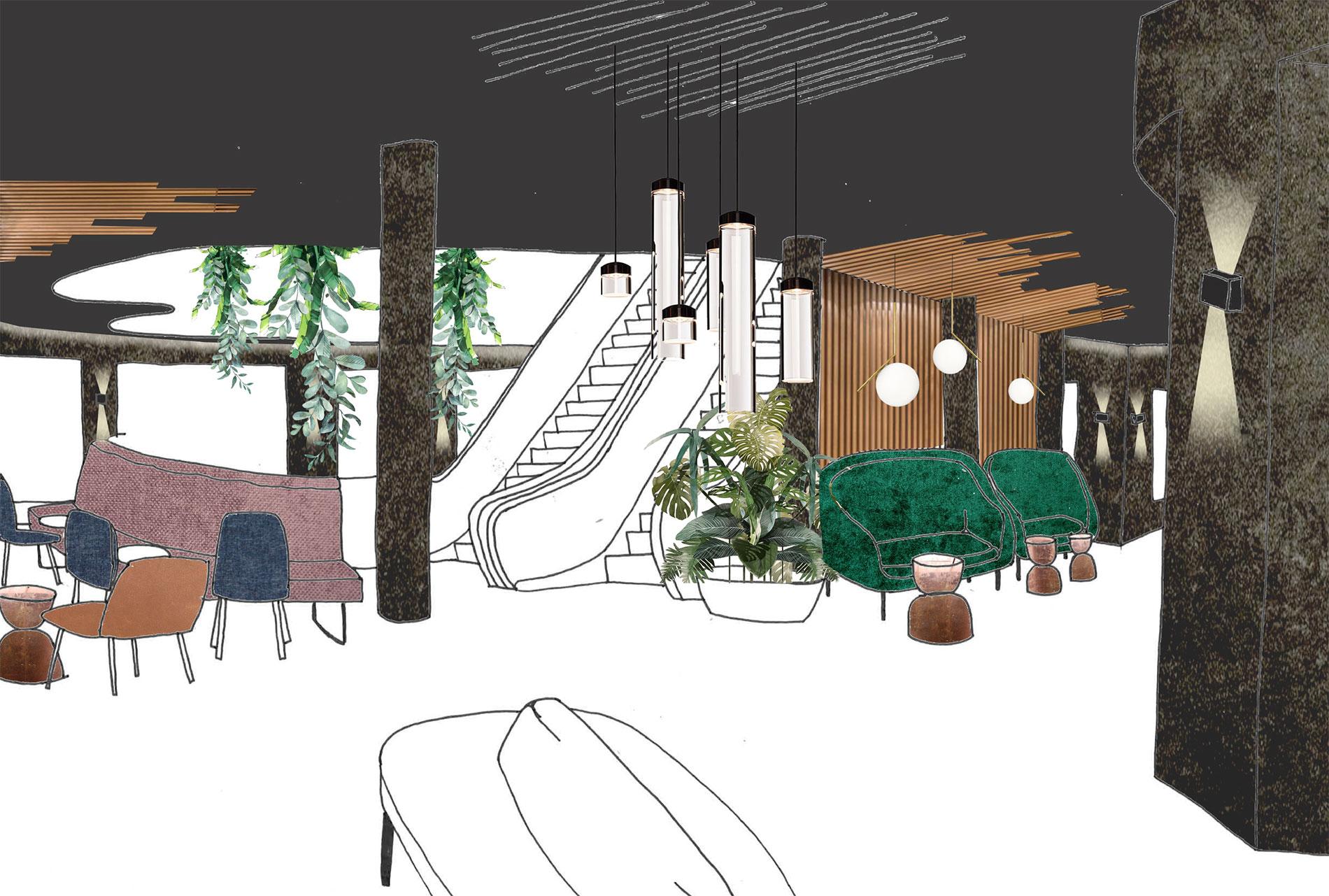 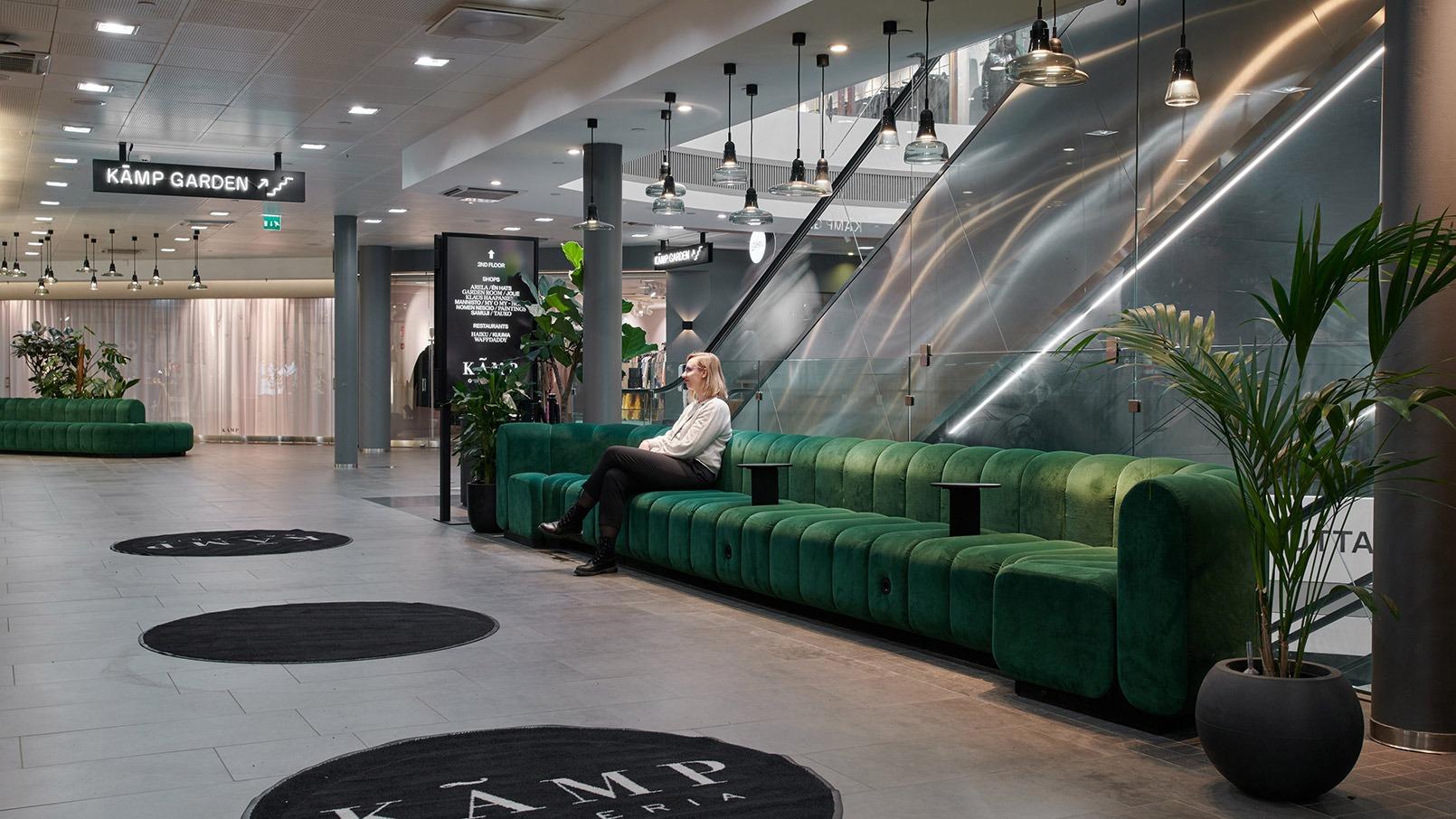 Rune & Berg was responsible for renewing the street level corridors of Kämp Galleria, including conceptualisation, interior architecture design and harmonising the graphic look and tenant store visibility. The entrances, corridors and bathrooms were all renovated on the ground floor. The project plans were summarised in an illustrative presentation that was given to the tenants to facilitate implementation.

The renewed Kämp Galleria is atmospheric and comfortable, but also clear and easy to understand. The corridors on the ground floor have a harmonious and elegant visual look that features green elements, cosiness and the play between light and shadow. The memorable dark green velvet sofas are excellent meeting places alongside the cafeterias and entrances. The new wayfinding system helps to navigate the space: the highly visible neon light signs at the ceiling specify the directions of the different streets. The bathroom signs were illuminated, made larger and complemented with universally understandable icons. “Kämp Galleria is a busy place in the heart of the city, but it has a wonderfully unhurried atmosphere. You can come here to relax and enjoy some me-time or time with your friends. The starting point was to design an attractive space where people would stay instead of just rushing by,” Keto explains the design principles. 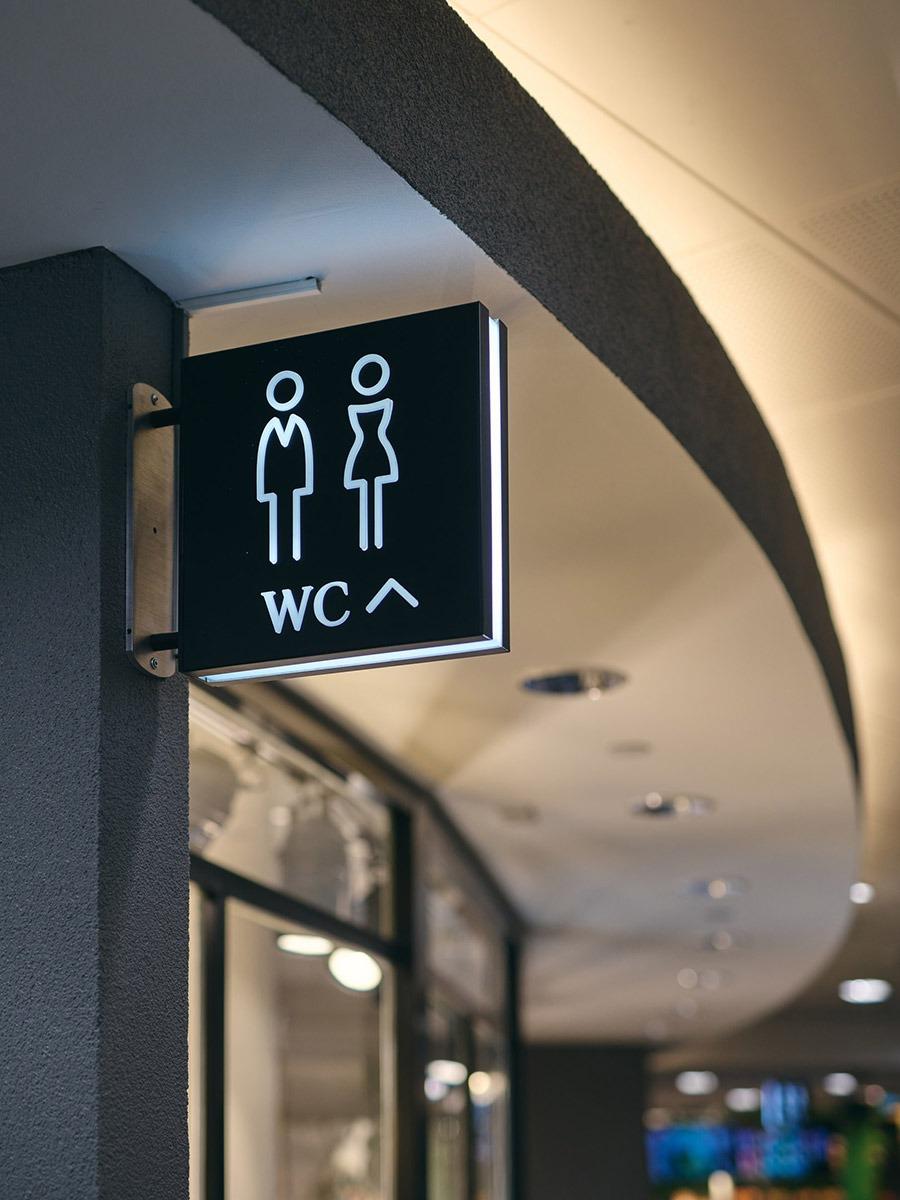 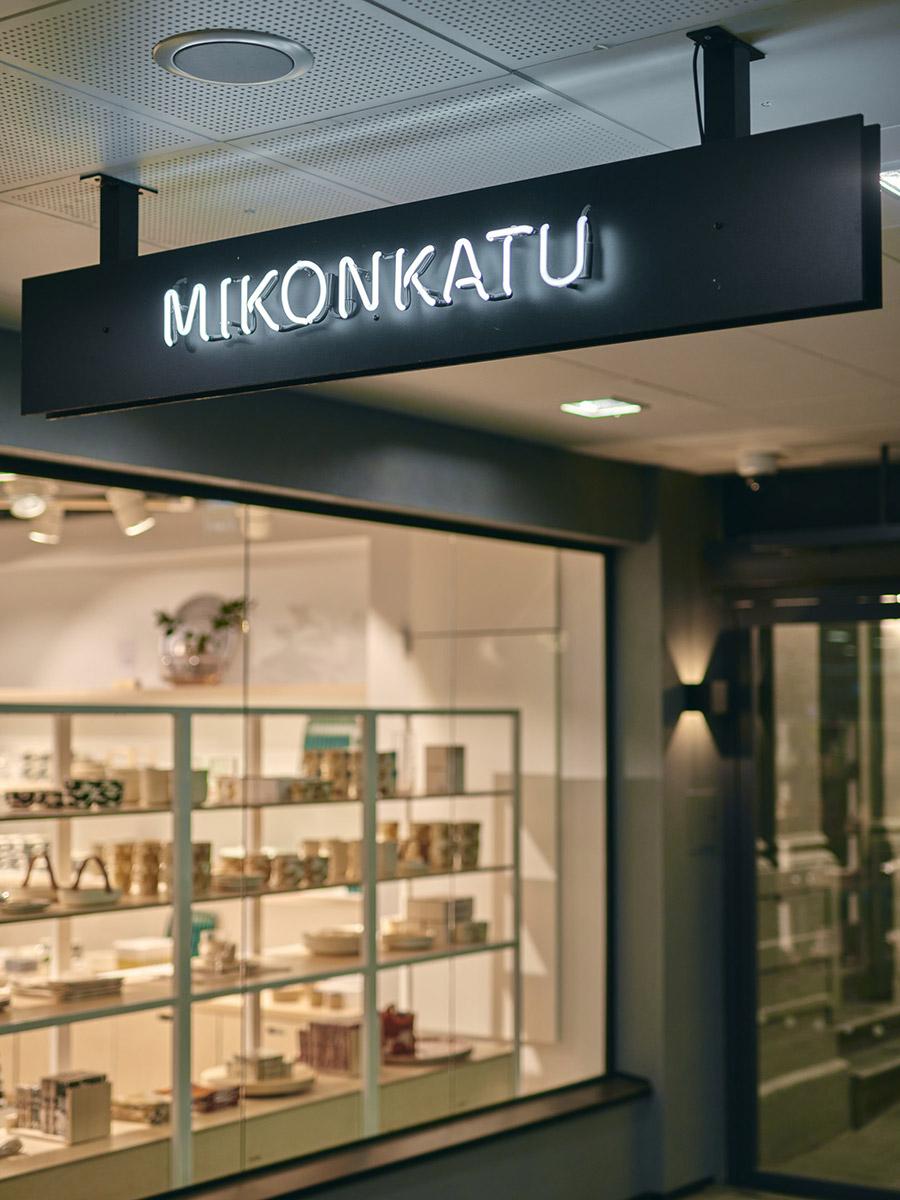 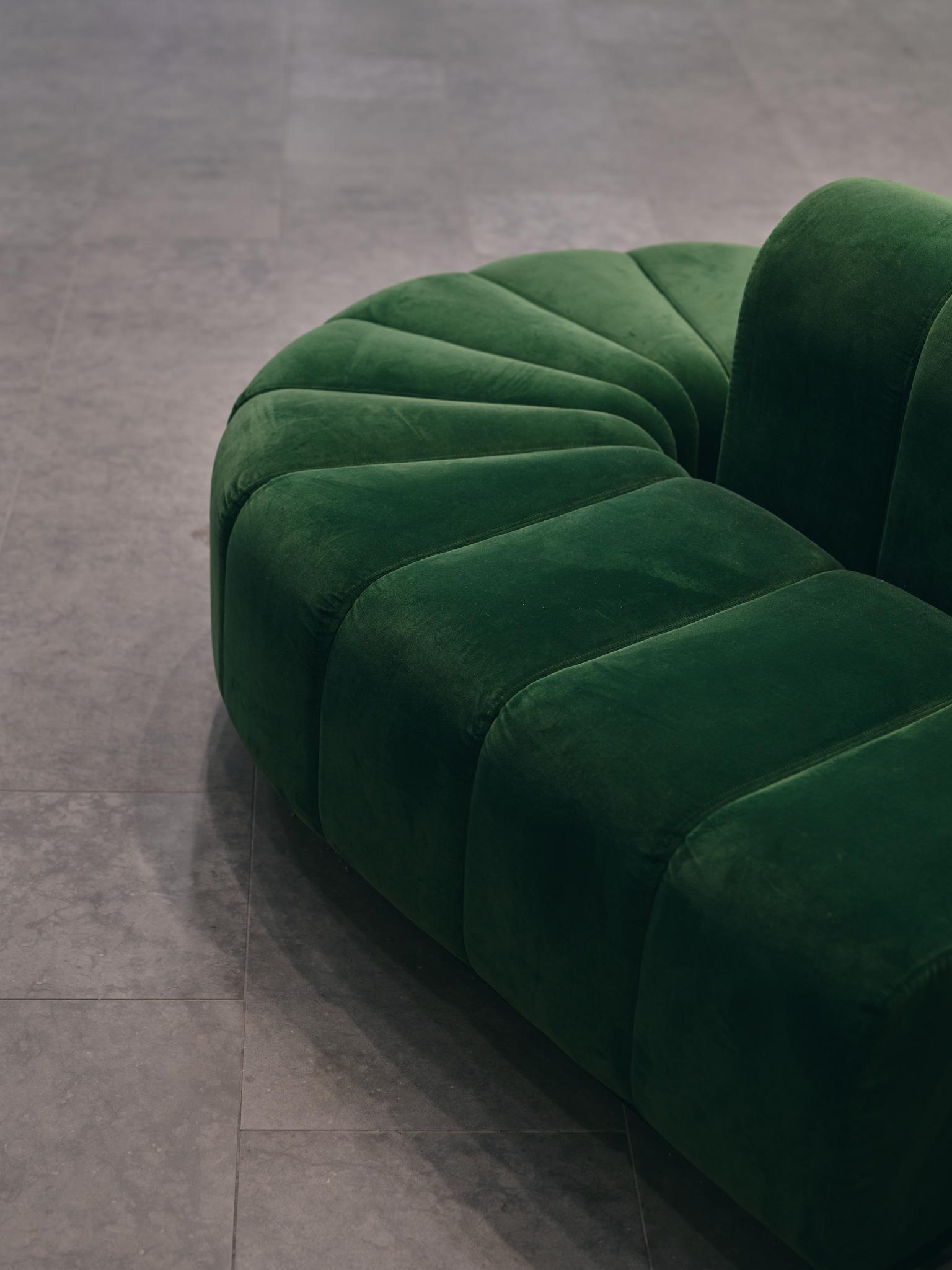 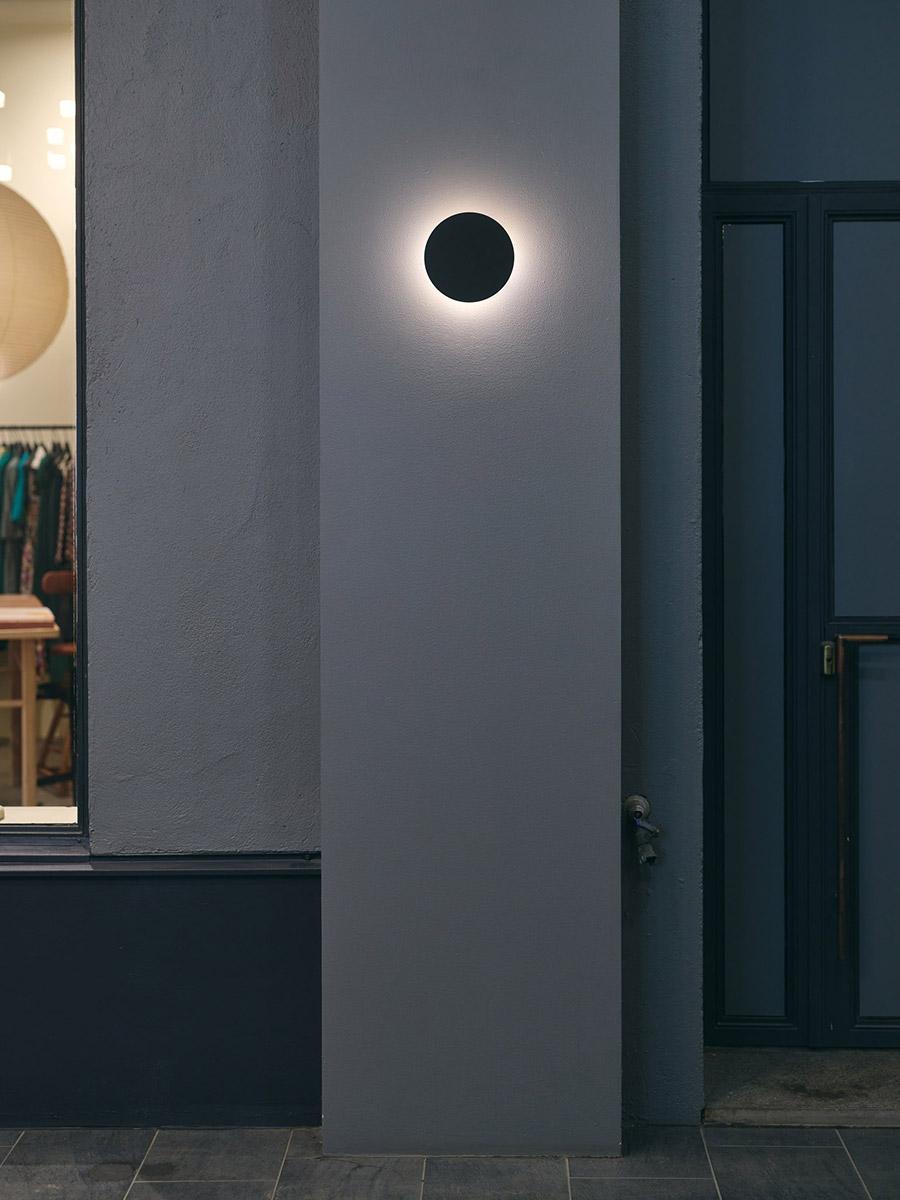 After the project, the shopping centre experience is more harmonious and atmospheric than before. The carefully selected colours, furniture and indirect lighting make the environment more attractive for both the customers and tenants of the shopping centre. Just like the rest of the shopping centre, the bathrooms are also elegant. The high occupation rate of the ground floor is a sure sign that the renovation was a success.

Would you like to learn more about the new Kämp Galleria?

Check out the press release by Ilmarinen (in Finnish).

Get familiar with other similar projects 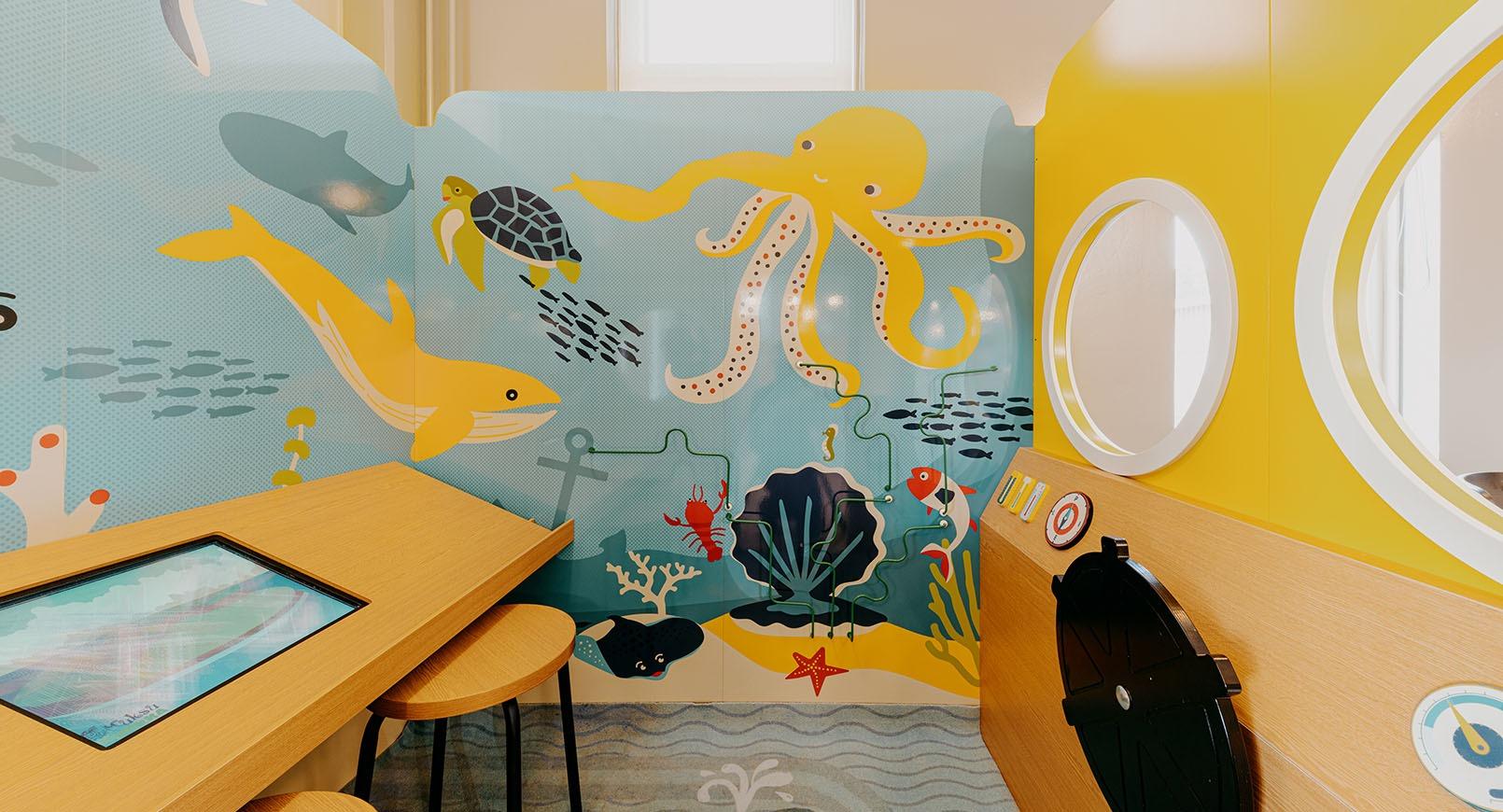 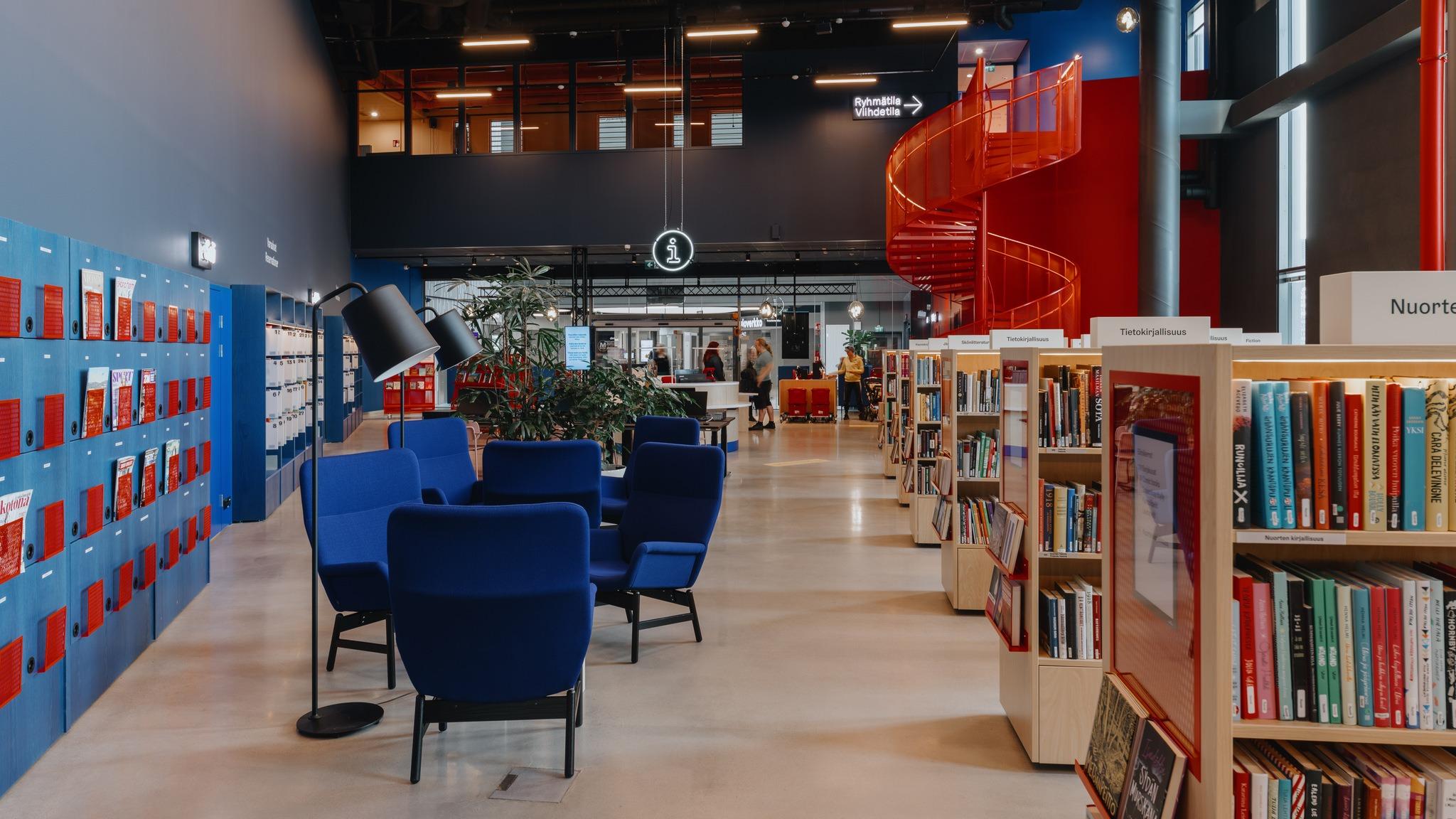 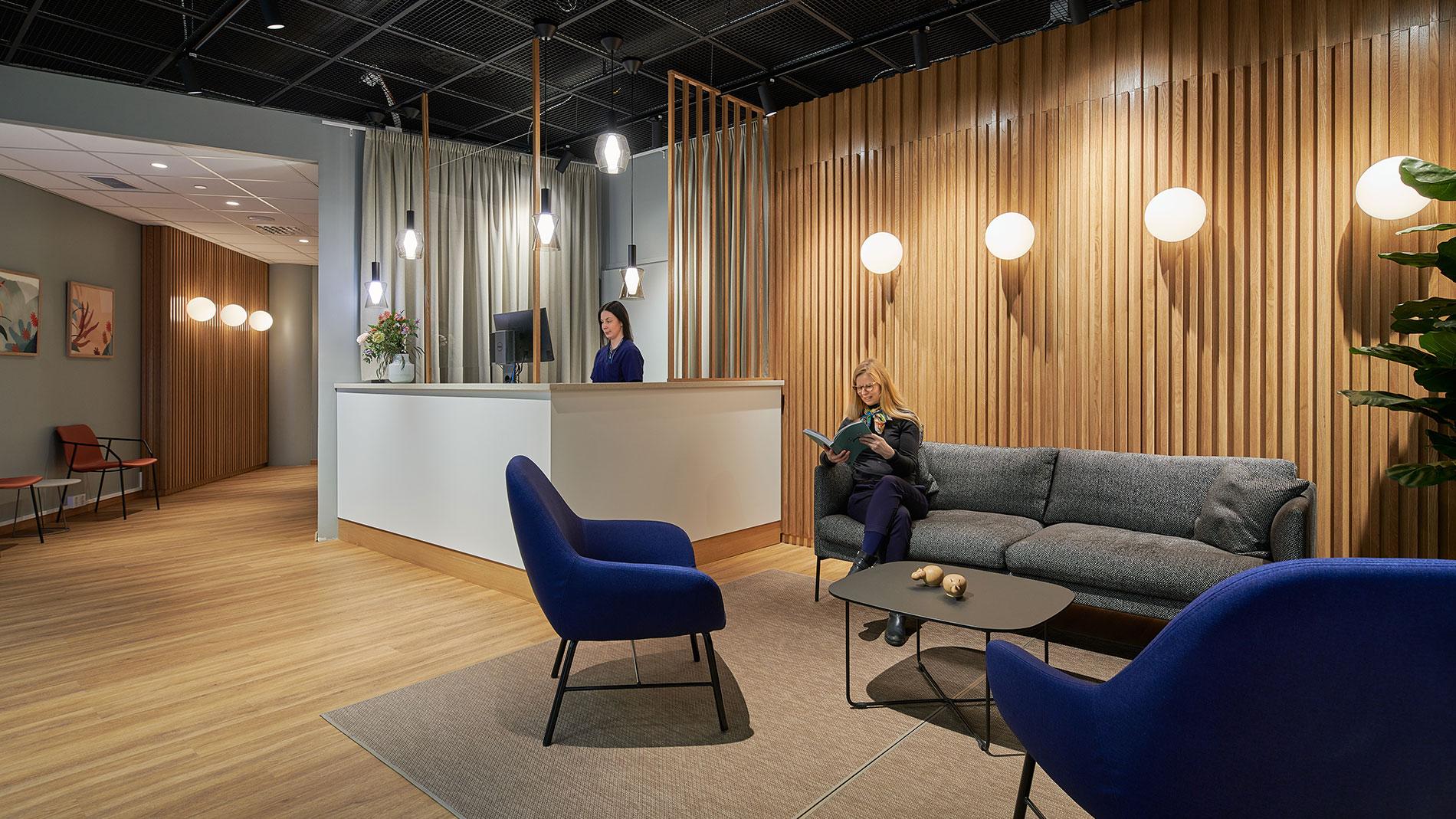