Rune & Berg has made the layout for the European Film Weeks festival brochure for several years now. The annually arranged event has a different theme every year which is reflected in the visual appearance of the brochure in a new and topical way. 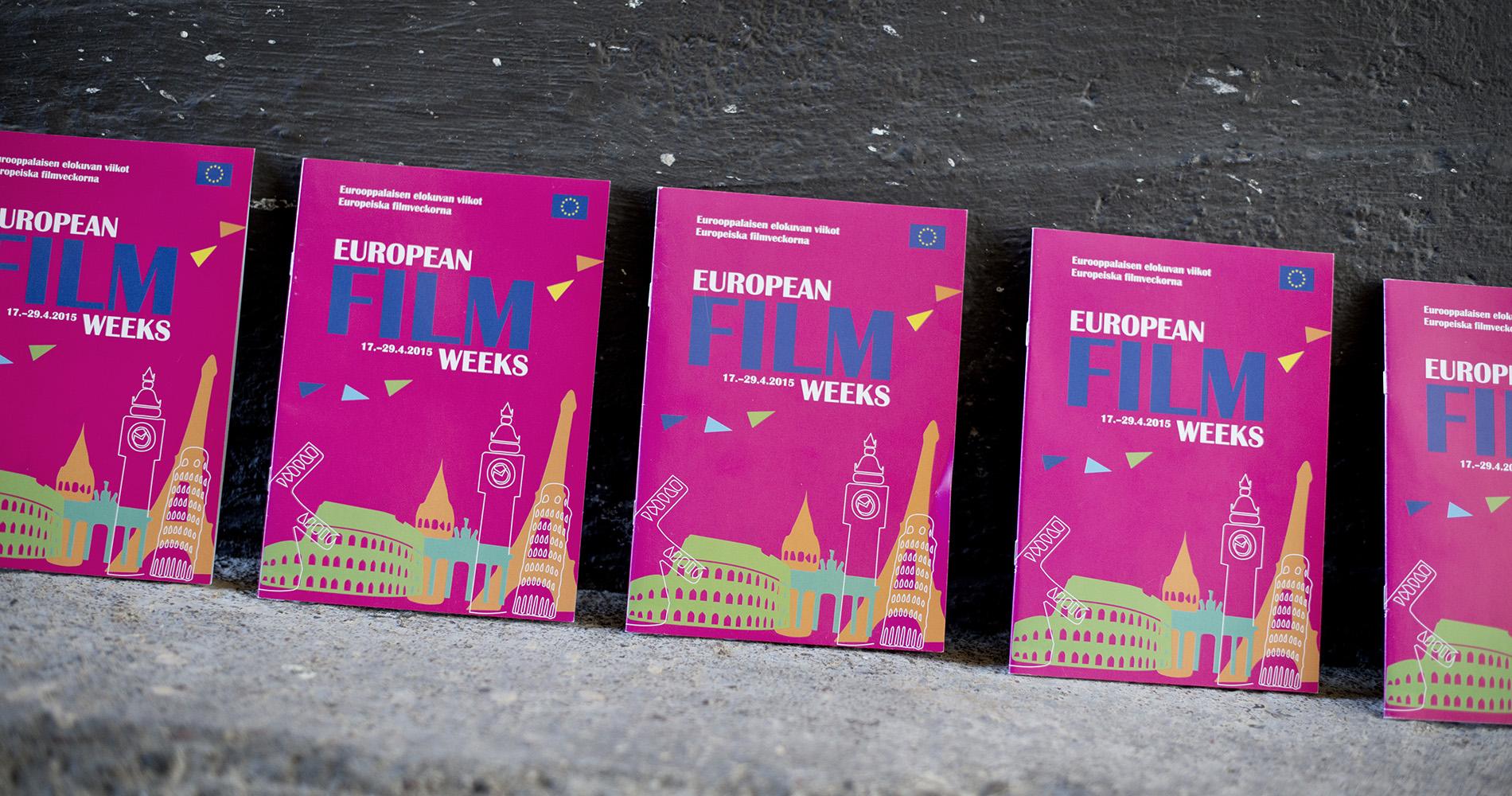 The European Commission Representation in Finland and the European Parliament Information Office in Finland participated in the SuomiAreena event in Pori.

The fresh visual look designed by Rune & Berg supported the debate on Finland’s EU journey and future. The look appeared on social media on Facebook, Twitter and Instagram. 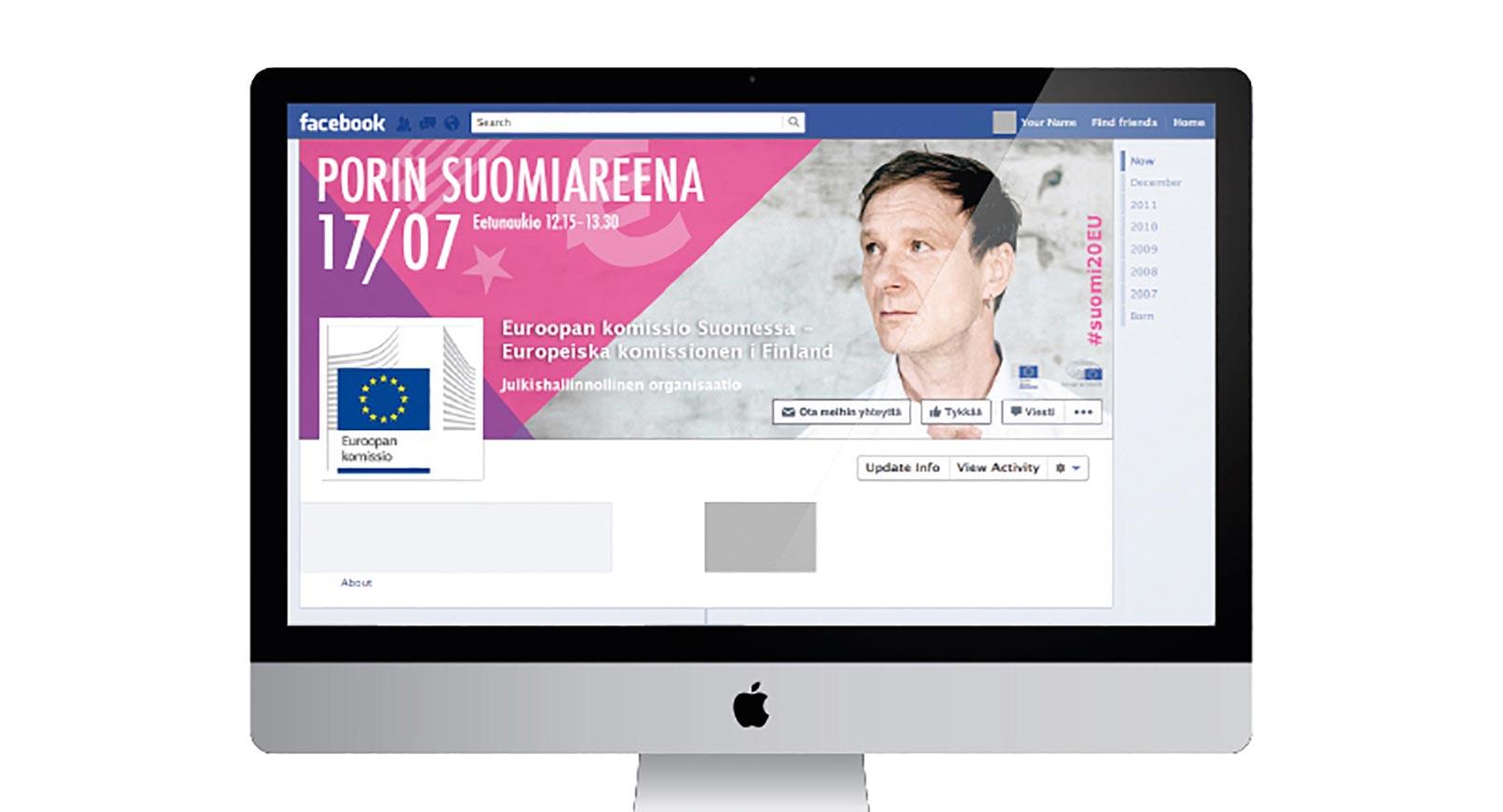 The canvas bags were designed to make EU and the institution more visible and approachable to people. The graphic design of the bags creates a continuous entity with the display window of the European Commission Representation in Finland.

In 2015 and 2016, Finland’s key EU actors organised regional  EU-themed days around the country. During the tour, growth, employment and competitiveness policies as well as regional and structural policies were discussed at a regional level.

The visual identity designed by Rune & Berg supports the social themes of the Growth Caravan tour. The colourful, clear and illustrative look was suitable for event invitations, newspaper announcements and social media. The identity was also admired in France where the illustration was taken into use. 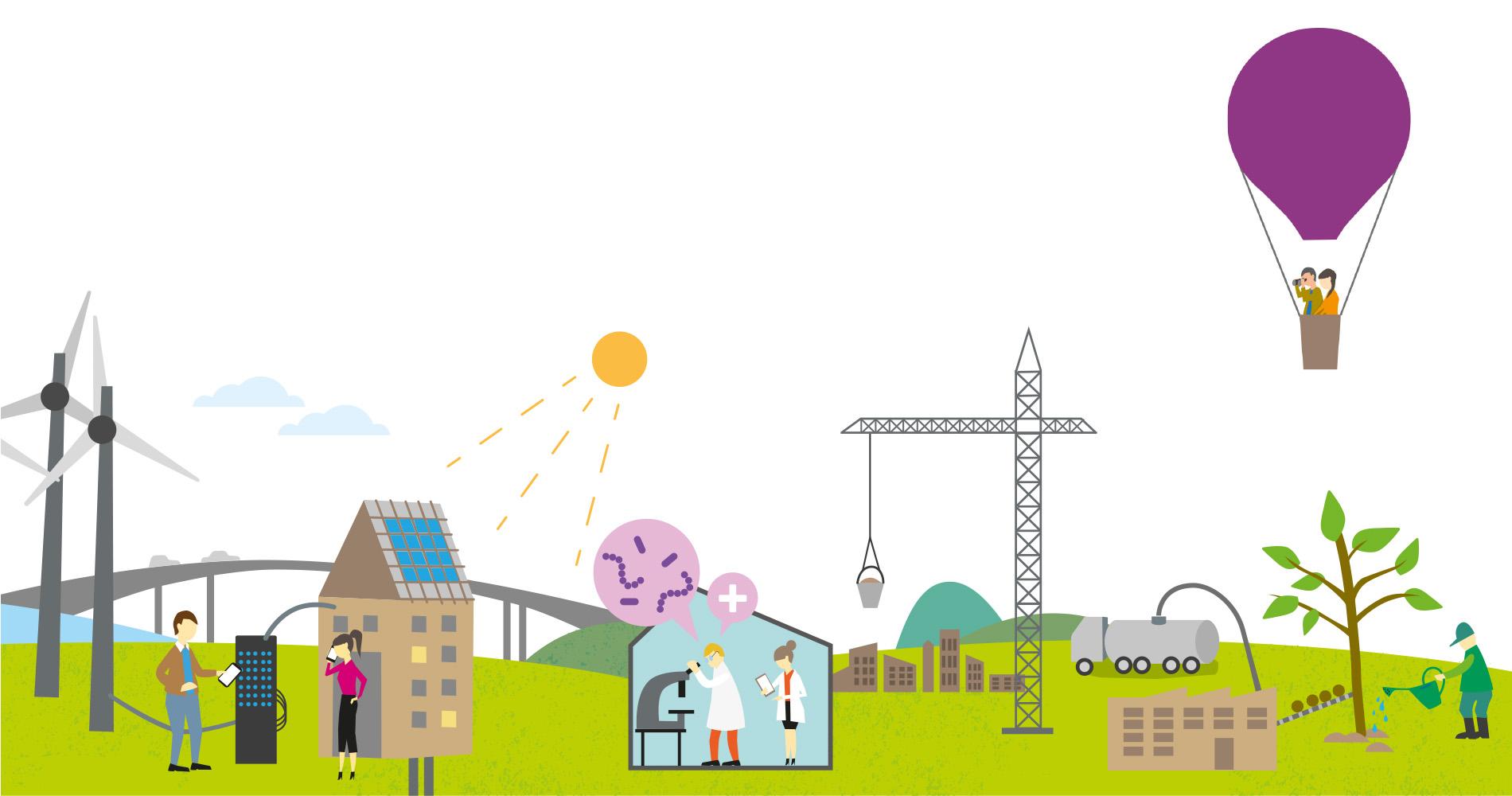 Inviting visuals were created for the public spaces of EU situated in Voimatalo, Helsinki. The new graphic look was to enhance the visibility and positive image of EU institutions in the eyes of the citizens.

Europe Hall is a joint space of the European Commission Representation in Finland and the European Parliament Information Office in Finland. The space is used for hosting events related to the European Union and Europe.

The new, distinctive visual appearance of the facade reflects the services of the European Commission and the European Parliament. It brings the EU closer to the citizen and brings people together to discuss topical societal themes. 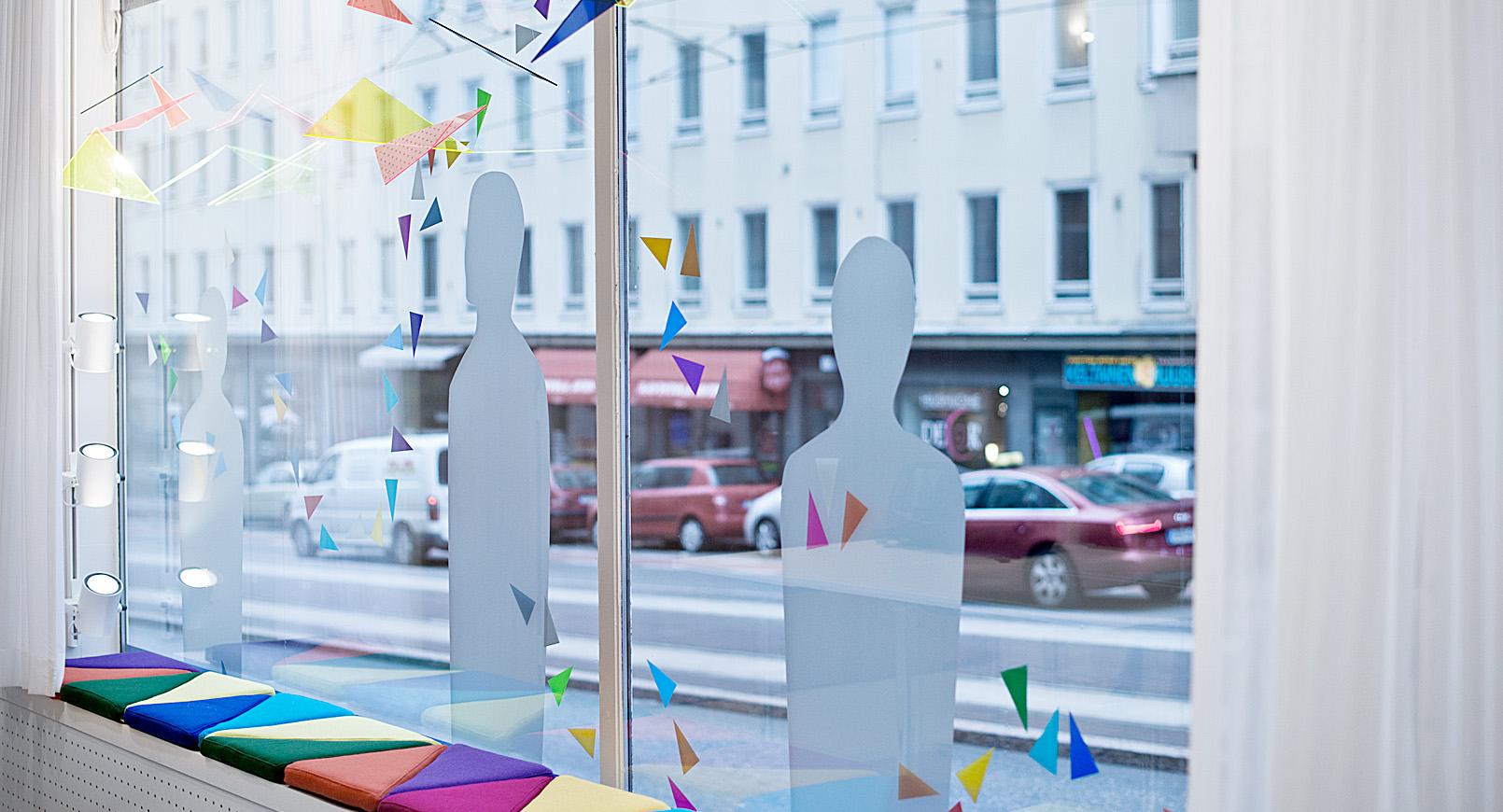 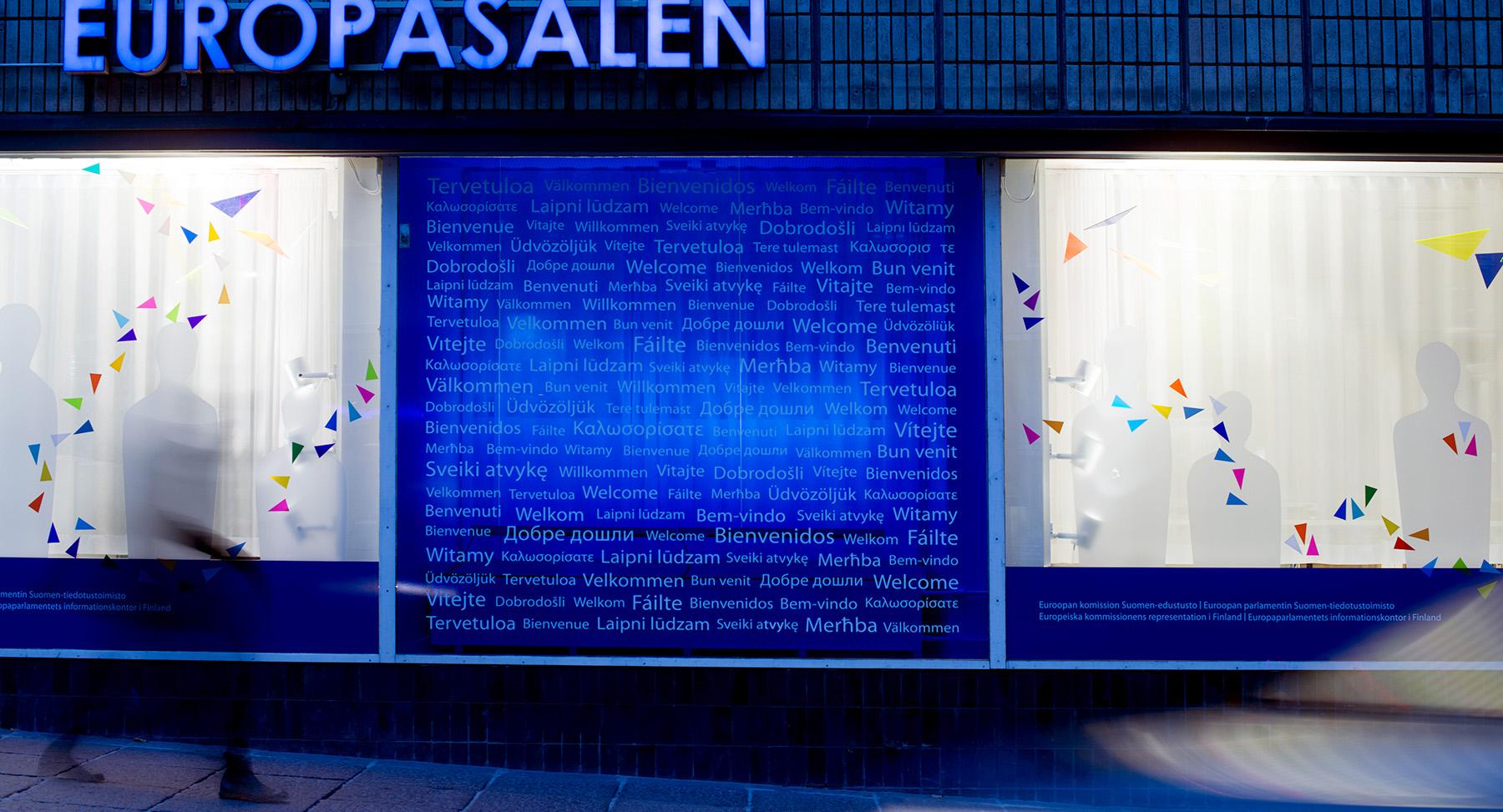